Diversity and Inclusion consultant and coach

Angela Ishmael is a senior executive with over 25 years of experience directing, designing and delivering consultancy interventions for a range of private, public and Third sector organisations. As a leader in the field of Diversity, Inclusion, Equality, and Dignity at Work, Angela understands the challenges of progressing and promoting inclusion at senior management and board levels. Angela also coaches and supports key stakeholders and executives, enabling them to embrace difference – in themselves as well as others.

Angela was Chief Executive of Ackroyd Children and Families, formerly the Head of Diversity and Dignity at Work at the Work Foundation and has worked in organisations such as the London Stock Exchange and London Business School. She was the Independent Advisor and project manager for the BERR-UNITE Dignity at Work Project and delivered consultancy services to a variety of organisations including BT and UNISON.

Currently, Angela is producing publications on Dignity and Diversity and Leadership. This includes writing a revised edition of her popular book, Harassment, Bullying and Violence at Work: a practical guide to combating employee abuse (SPIRO Press). Angela was also part of the team that produced the award winning films No Excuse: Beat Bullying at work” and Get the Balance Right, and a member of the Editorial Board for the IRS Publication Managing Diversity in the Workplace. Her speaking engagements include giving evidence at parliamentary select committees at the House of Lords and being a guest lecturer at Kings College, University of London. She was fortunate to be able to share UK experiences of Dignity and Diversity during a study/lecture tour in the USA to Ivy League Diversity Forum members (Harvard, Wharton, Stern and MIT).

Angela has supported and advised local communities in previous roles as a Trustee/Board Member of organisations such as Communities that Care and Newham Women’s Training and Education Centre (NEWTEC). She was also a member of the ESRC’s Growing Older Programme Advisory Committee, the Football Association’s Equality and Diversity Committee and The Advisory Committee for “Women on Board” (a campaign to improve representation of Women on the Boards of FTSE 100 Companies). Currently Angela is a Trustee of London Rebuilding Society and a member of Victim Support’s Equality and Diversity Committee. 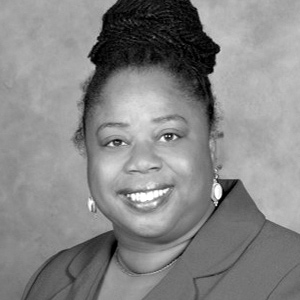